Dr. Bauer is originally from the Chicago area, and after studying bioengineering at the University of Illinois in Urbana Champaign, joined the Air Force as a second lieutenant in the Medical Service Corps. After three years, he was awarded an Air Force Health Professions Scholarship and attended dental school at the University of Illinois in Chicago, graduating in 2005. He then completed an Advanced Education in General Dentistry (AEGD) residency at Wright-Patterson Air Force Base.

Dr. Bauer left the Air Force in 2011 after completing assignments as a general dentist in South Korea, Italy, and North Dakota. He worked briefly in private practice before applying to orthodontics training.

Dr. Bauer graduated from the University of Iowa in 2014, earning both a certificate in orthodontics and a Master of Science degree for completing an original research project pertaining to maxillary incisor anatomy. Since then, he has voluntarily completed a rigorous series of written and clinical exams to become certified as a Diplomate of the American Board of Orthodontics. 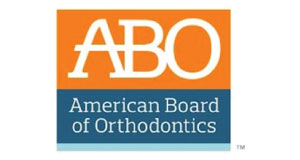